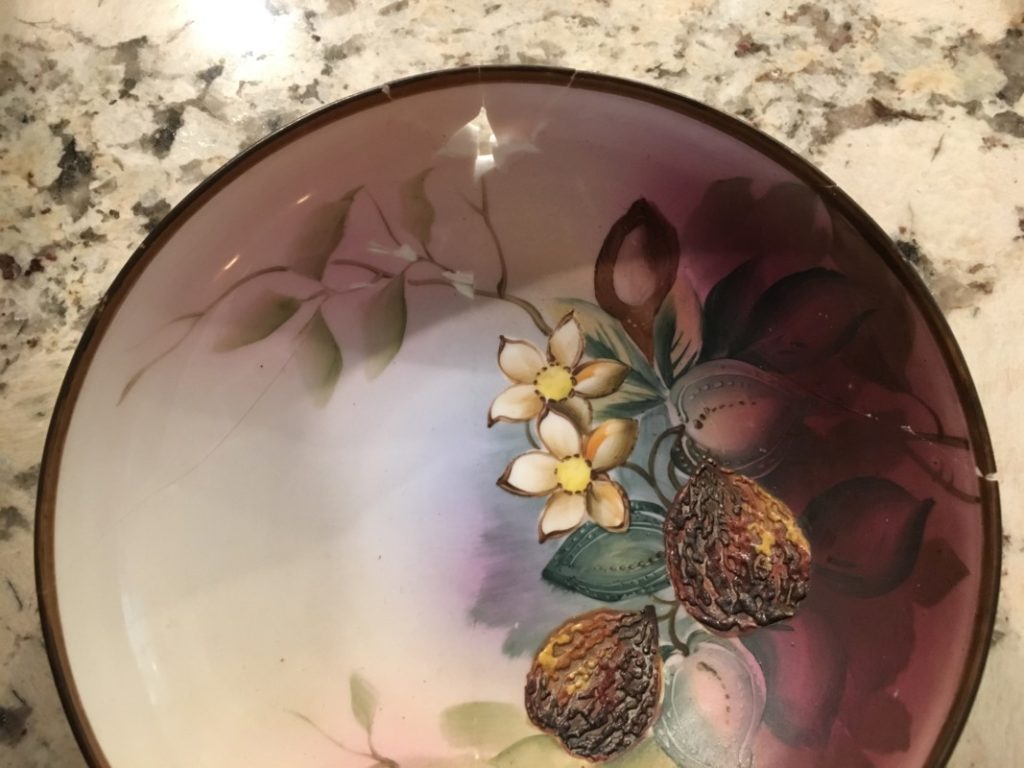 I am not a knic-knak person, but this bowl…. I loved the autumnal colors, the perfect size, the understated elegance of it so much that I hung it below the mantel in my dining room. There was nothing striking or attention grabbing about the bowl, yet somehow it brought the room to coherence. Our dining room is an odd collection of family pieces and heart-pine paneling: quite cozy, but it can all be a bit dark and dated. This bowl, hanging below the mantel became a soft, glowing circle that made everything look timeless, as if it belonged together.

Then, in a time of family distress, when my dad was dying, my husband was frantically trying in every way imaginable to be of help and support.  While vacuuming the cobwebs from inside and around the unused fireplace, he knocked the bowl off the wall, sending it shattering to the brick hearth. Because we had been married 37 years at the time, I could sense the disaster coming as he was vacuuming behind me. I could feel his frantic, erratic energy and knew that it would not lead to a good end. And, I also knew there was nothing I could do to prevent it. He is not open to suggestion when he gets in that “I will make things better by the sheer force of my will and my actions” state. It was driven by his fierce love for me and his despair at not being able to prevent the sorrow in which we were engulfed.

He was so upset with himself. I had a moment of despair, another loss among months of so many losses, and then just let it go. The last thing I wanted was to cause any more distress for either one of us. It was neither important nor urgent given our other concerns. I did, however, ask him: “Please don’t throw away the pieces. I know it is too shattered to repair, but let’s just bag it up and put it away. Maybe I will use the pieces in an art project or mosaic or something.” And so we did.

Three years later, in cleaning out the utility room for some home repair and renovation, he came across the bag of pieces and asked what I wanted to do with them, apologizing again for the accident and sharing how horrible he had continued to feel about it.  We talked about how awful we both felt that day. We took the pieces out of the bag and began to place and play around with them, wondering whether there was any hope they could be glued together. I asked him to try. And if it failed, we hadn’t lost anything but the glue….”after all, it really doesn’t need to serve as a bowl that holds physical things, so if there are missing pieces, or uneven seams, it will not at all take away from its ‘use’ to me.”

The bowl is magnificent in its power to “bring together and illuminate” now. More so than ever.  It holds the truth that even things that have been shattered beyond restoration to their original state can be mended, can be beautiful and of daily service and inspiration to our souls.

And that the act of mending, however imperfectly or how much time has passed, is healing in itself. 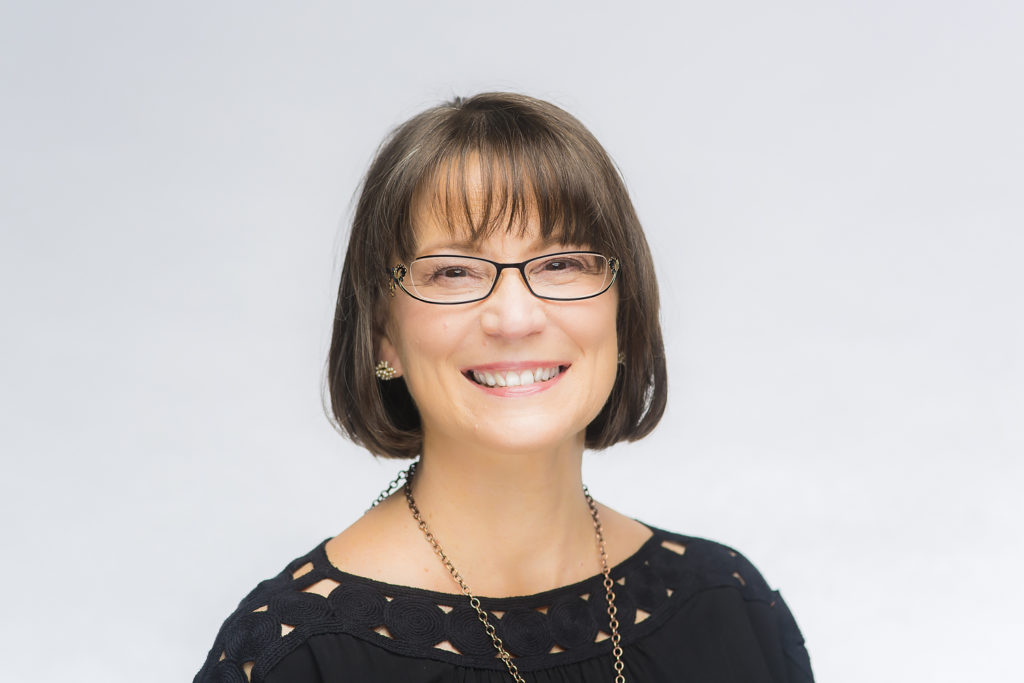 Christy loves to scout for wisdom in being a flourishing, joyful, compassionate, and loving human being.